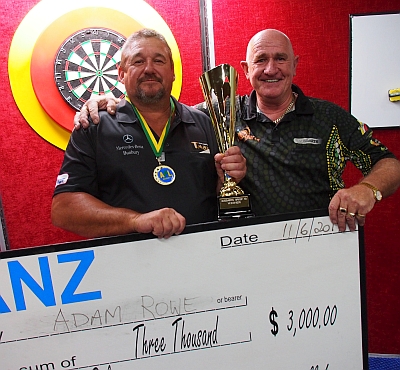 Adam Rowe of South Suburban Darts Inc [WAPO Club] was the winner of one of the two AusDarts Grand Prix events being held in Rockingham over the weekend of 10th and 11th June 2017.
We as an Association congratulate you Adam on your win on Sunday and collecting a nice $3000 for being the winner.