Well what can I say other than disappointed.
With good money up for grabs and we get a total of 16 players turn up to play the 50 average and over doubles.
This is disappointing for all concerned and it just shows that there is obviously no interest in your Association running these events again.
For those that did turn up and have fun we applaud you and thank you for making the effort. 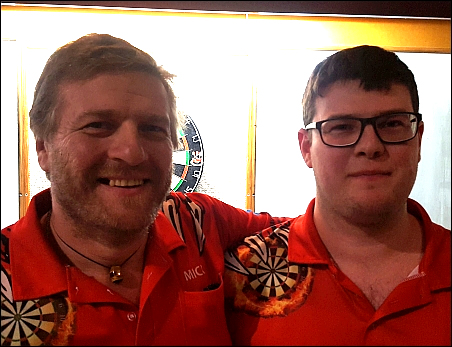 Part of the crowd [above]

Thank you all the players who turned up on the night, we started with 39 pairs and hence the delay in the draw.
A good night was had by all who attended and thank you to Forrestdale for the venue, the bar and kitchen and my helpers Ron Wells, Bevan George, Eddie and Sharleen Holt.
The winners on the night were:-
Brian Murray and Ryan Stacey (3) defeated John Given and Stewart Neilson (1)
Equal 3rd Tim Moreton and Chris Bailey as well as Dexter Arno and Andy Stewart.
Well done to Andy Stewart with a 180.
Just a reminder that fees for the second and third rounds are now due and thank you to the clubs that have paid so far.