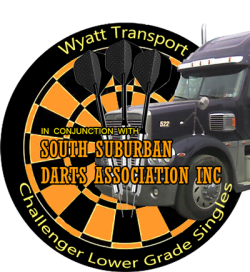 Hello all and welcome to the wrap up of the Grand Final in all 3 divisions.

We had 47 players participate in the 3 divisions, only one player did not show in division 2 and the reserve did not appear on the day and certainly would have played. Not to worry it was a great day of darts enjoyed by all who were there.
As usual it was a pleasure to be among a great group of people who played their games with competitive zeal but with great camaraderie at the completion of the game.

Today was a culmination of 8 qualifying events leading to this final. It was always the vision of Allan, myself and our great friend Wayne Wyatt to have a lower grade singles event where people could play those of a similar skill.

From the look of things we seem to have got it right. I know that Wayne would look back and be saying “bloody beauty”

The Total Prize prize money for the year was $11,530-00 including the Grand Final an awesome effort from everyone who is concerned with the event.
Prize money paid out during the 8 qualifying events amounted to $6,510-00 and in the Grand Final a total of $4,510-00 paid out to the players present. This leaves us $510-00 to carry over to the next year, a nice little kick along to start the year in 2015.

I would like to thanks our sponsors this year being;
• South Suburban Darts Association Inc
• Jim Welch & Darts Academy for the Hi Peg Sponsorship
• Mick Rogers & Perth Dart Centre for the Grand Final – Winner & Runner Up Trophies

Also like to thank Belmont Sorts & Recreation for the use of the main hall for our events and also a giant thanks to Paul & Bec Middleton for the supply of the Grand Final Sausage Sizzle, thanks guys. Also a very big thank you to John Coelho who stayed and cooked the BBQ for us all to enjoy. That is part of the reason that Allan and I love what we have as a dart playing group, everyone helps out, terrific effort.

Finally, thanks to Rory Harper and his cohorts for presenting Allan & Myself with a commemorative pen set for the work we have done with the Wyatt Challenger Lower Grade Singles. We are very humbled by your touching gesture and very much appreciate the kind words and sentiment from all of you. This is why we love it, you the people involved.

That is it for this year, we look forward to 2015 with anticipation and the D.W.A. Calendar has the dates noted already. We will also ensure the information for next year is passed onto association secretaries so the word gets out and more will play.
It has been a great year, we wish you all a merry Christmas and a prosperous New Year.

Yours in Darts
Mark and Allan 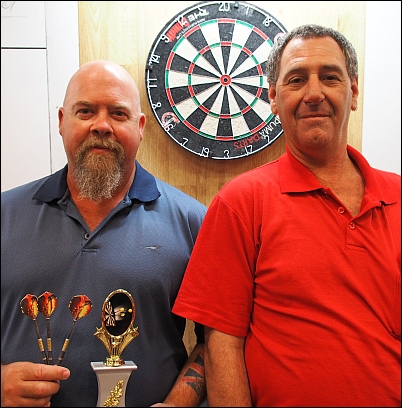